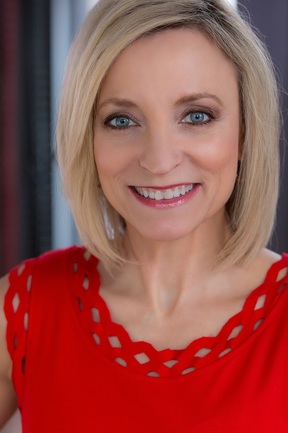 Nancy Hays is a successful cabaret, concert and recording artist. She has worked as an opening act for stars in Las Vegas and elsewhere including Tommy Tune, George Burns, Danny Thomas, Bob Newhart, Rita Rudner, the Smothers Brothers, Kenny Rogers, Lee Greenwood, Ronnie Milsap, Conway Twitty and many more. She has also sung the Canadian and National Anthem at major political and military events as well as for the President of the United States.

Nancy sang demos for Nashville songwriters, wrote and recorded her own music and appeared on popular shows in Nashville including the WSM Waking Crew and the Nashville Noon Show as well as other shows on TNN during her 20s.  She has recorded five albums and toured the UK four times with her own original music. Her recordings include: Come Dance with Me, Bring Back the Romance of Dance, Simply Classic, Get in Line, Big Band Country and Light in the Winter. Nancy’s country music song Come Dance with Me (with choreography by Jo Thompson) is an international hit and was named one of the most popular line dance songs in the world by multiple publications in Europe and the United States.  The song was also nominated for the Crystal Boot Award in the UK.

In recent years, Nancy has also performed with and recorded music with her children including a Christmas song released in 2014, Light in the Winter by Nancy Hays & the Heffernans. Another recording, Mr. Santa, was released in 2016 followed by a music video and television appearances. A non holiday version, Mr. Sandman, was released by Nancy Hays & the Heffernans in 2017.​ In 2018, the group recorded “Two-Step ‘Round the Christmas Tree.” In 2019, the family released "Cowboys Are My Weakness" single and music video featuring The Cowboy Dance Company.

Nancy headlined her own cabaret show (musically directed by Robert Ollis) Only An Older Woman at Davenport’s Cabaret and reprised her role as Judy Garland in Judy & Liza, The London Palladium Show, A Tribute for a major fund raiser for the arts and also during an extended theatrical run at 700 seat Palace Theater in the Wisconsin Dells from 11/12-11/4/18. Nancy reprised the role of Judy again in a special holiday show at Club Arcada in St. Charles, Illinois on 12/16/18. The show received critical acclaim for its run at the Greenhouse Theater Center in Chicago in 2020.

Nancy also appears as a vocalist for many popular themed shows including; A Tribute to Henry Mancini, The Best of Broadway, Leading Ladies of Country Music, The Romance of Dance, I Love America, and Nobody Does it Better, the James Bond Tribute Show. Nancy received accolades for her portrayal of Judy Garland in the Chicago debut of Boy from Oz (PFP) in 2015 and Judy and Liza, Once in a Lifetime, the London Palladium--A Tribute in Chicago and New York City and as Auntie Mame with a 28 piece orchestra at Light Opera Works.​ She starred as Mama Rose in Gypsy and Amanda Wingfield in The Glass Menagerie at Jedlicka Performing Arts and as the comical matron turned pirate in the hilarious Pirates of Penzance at Music Theater Works (where she previously starred as Mame) accompanied by a full orchestra. In the summer of 2019, Nancy will star as Hedy LaRue in How To Succeed in Business Without Really Trying at Music Theater Works (with a full orchestra) and as M'Lynn (Sally Field role) in Steel Magnolias at the Timberlake Playhouse, an Equity theater located in beautiful Mt. Caroll, Illinois.
PURCHASE NANCY'S MUSIC HERE